An Engagement Ring With Secret Powers! 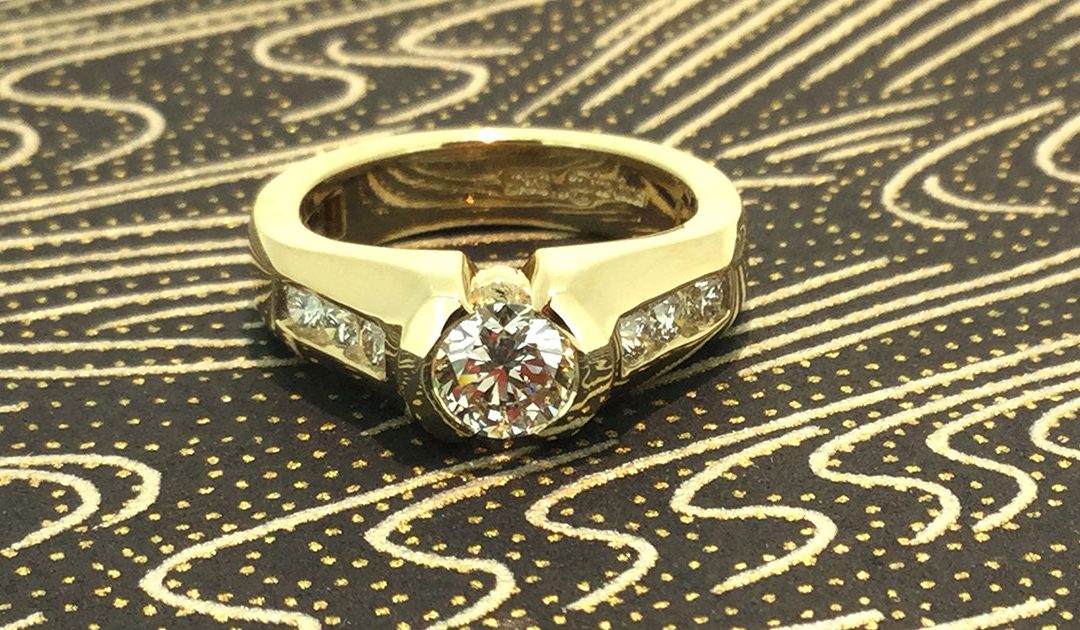 Many people have fingers that are narrower than their knuckles. This could be hereditary, but could also be caused by an injury to the finger or arthritis. Whatever the cause, putting a ring on can be painful. And, once the ring’s on, the ring itself will often spin around the finger with the stones facing down and the plain part of the band always at the top. That takes the joy out of wearing a ring. 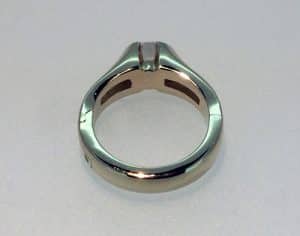 Fortunately, there are options that can deal with this issue. One of the best we’ve found is a patented design called the Superfit from a company in Philadelphia. The Superfit is a shank (back part of the ring) which we can order in different karats of gold and in different widths so we can create a custom ring with secret powers!

If you look closely at the picture to the right, you’ll see some lines near the midway point of the ring. While these lines are easy to see in an enlarged photo, they’re hardly visible when you’re wearing the ring. To create this custom engagement ring, we fused the Superfit shank with a custom designed face (the top side of the ring) to create a custom ring that opens wide around the finger. No more painful attempts at putting a ring on or taking it off. 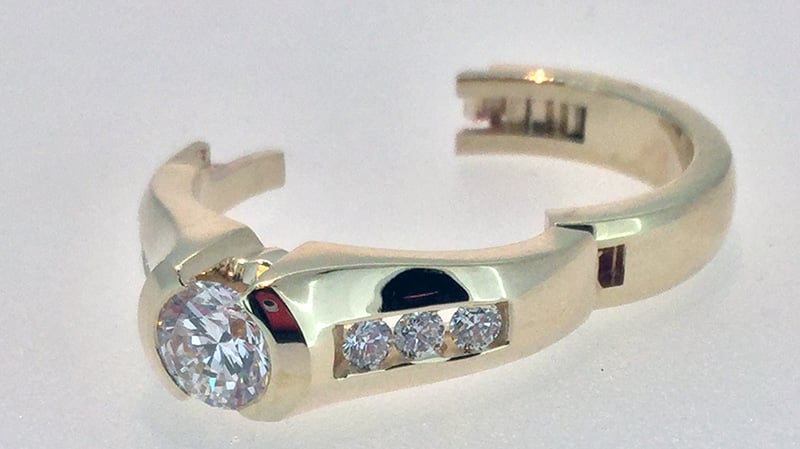 As you can see, the Superfit shank lets the ring open up to make it easy to slip the ring onto a finger. To open the ring, you press the tip of a ballpoint pen or a similarly pointed object into a button on the shank. This allows the release of the lock. To close the shank, just press firmly until you hear it click into place. Once the band is closed securely, the shank is completely smooth and comfortable. This gives you a custom, tailored fit without having to sacrifice comfort or style.

If you have an existing ring that is giving you comfort issues, it may be possible to add the Superfit shank to your ring. Just give Ken a call (905-227-5412) and ask him about the possibilities.